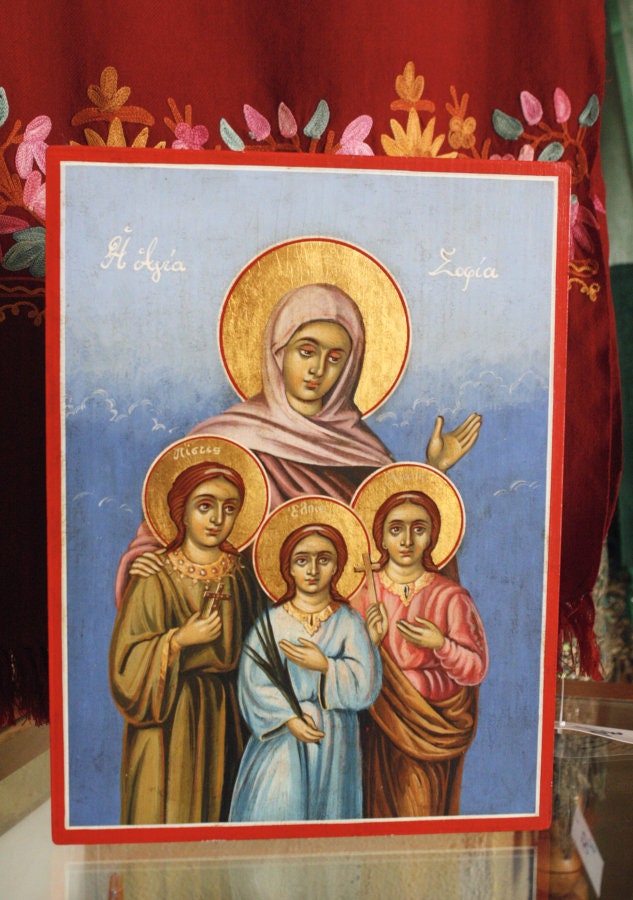 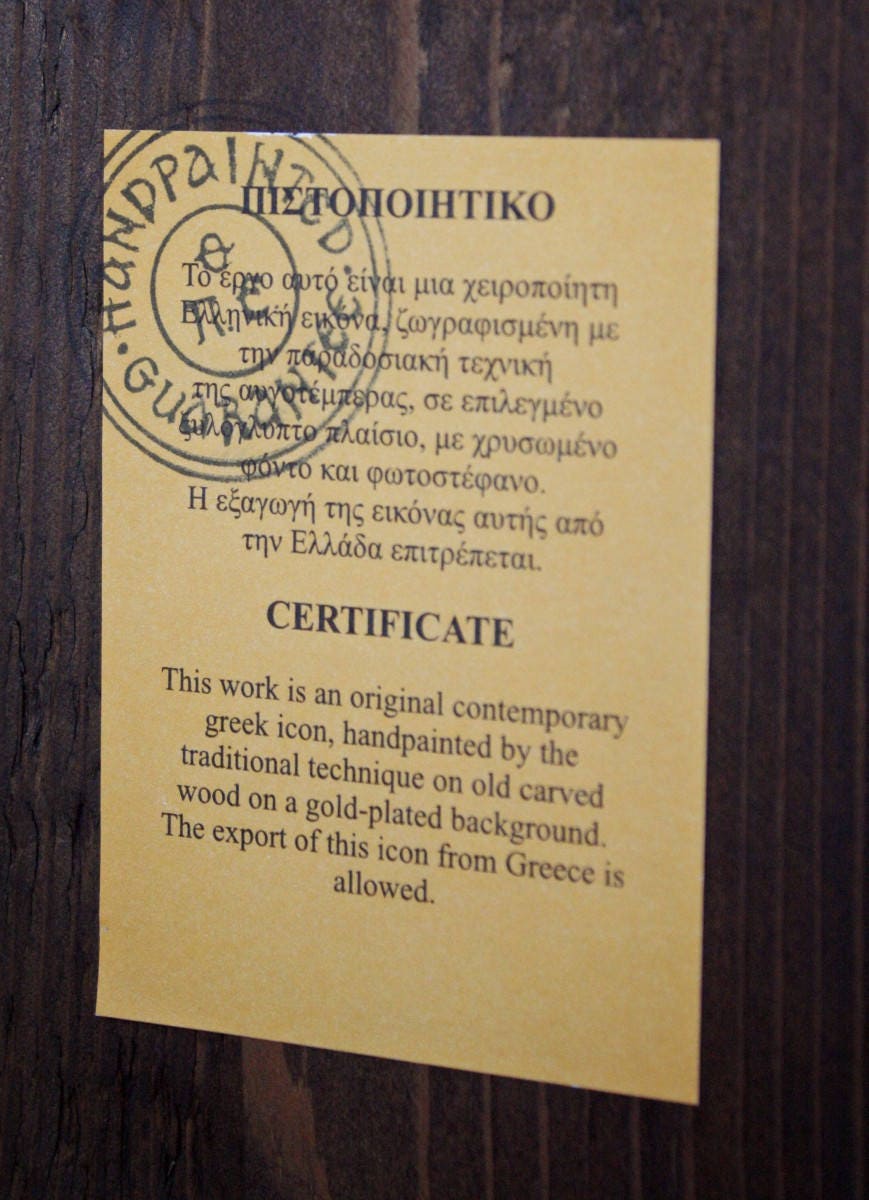 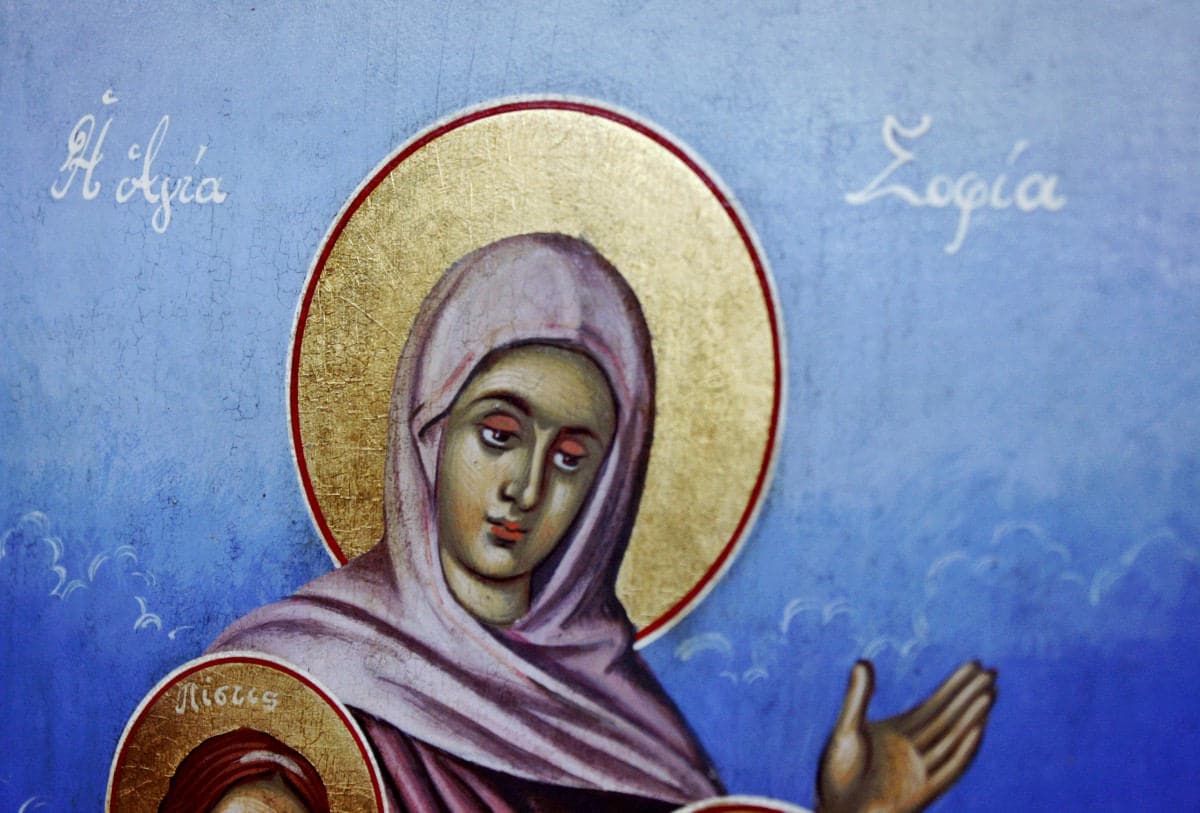 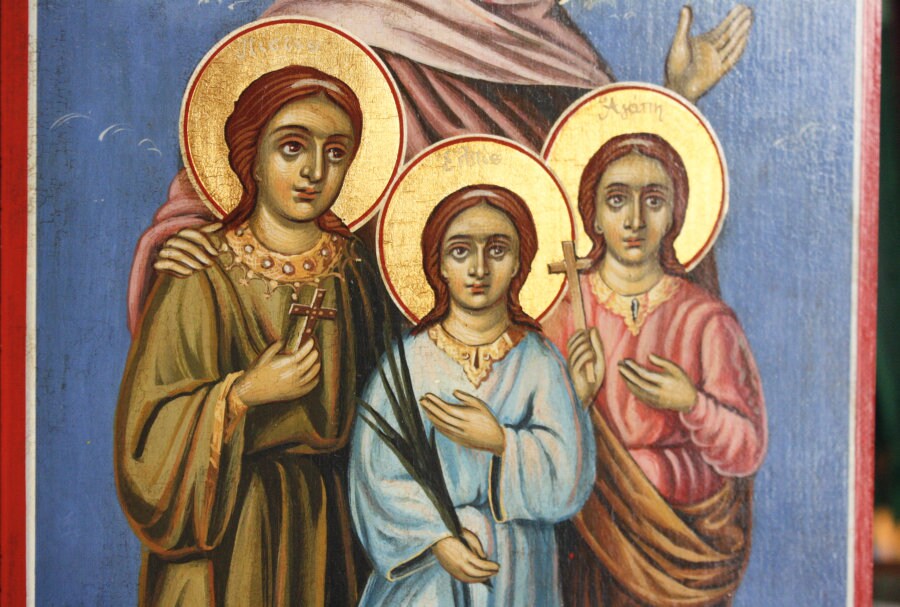 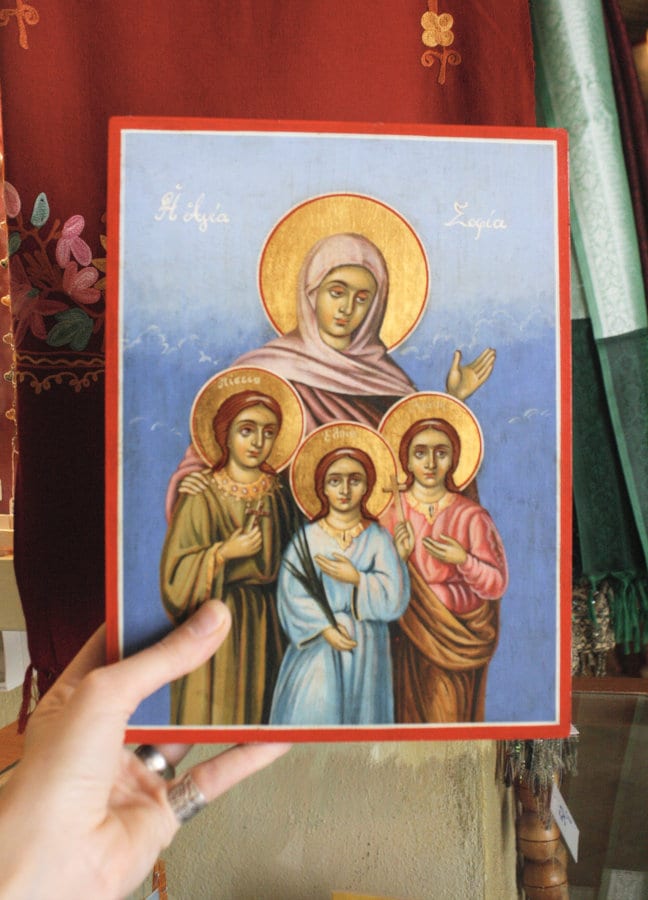 Handmade orthodox icon of Sophia the Martyr, hand painted with traditional byzantine technique using egg tempera colors on selected old woods. Replica of 12th-19th original orthodox icons.
The Holy Martyrs Saint Sophia and her Daughters Faith, Hope and Love were born in Italy. Their mother was a pious Christian widow who named her daughters for the three Christian virtues. Faith was twelve, Hope was ten, and Love was nine. Saint Sophia raised them in the love of the Lord Jesus Christ. Saint Sophia and her daughters did not hide their faith in Christ, but openly confessed it before everyone.