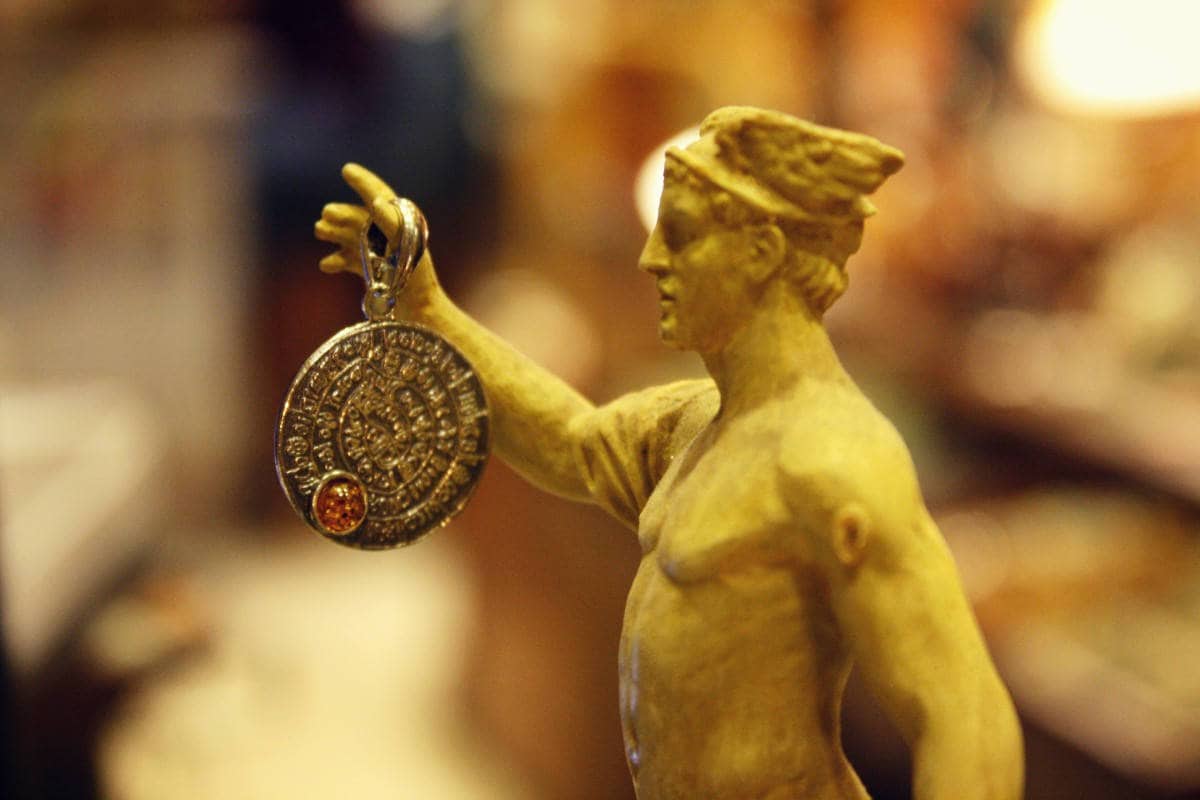 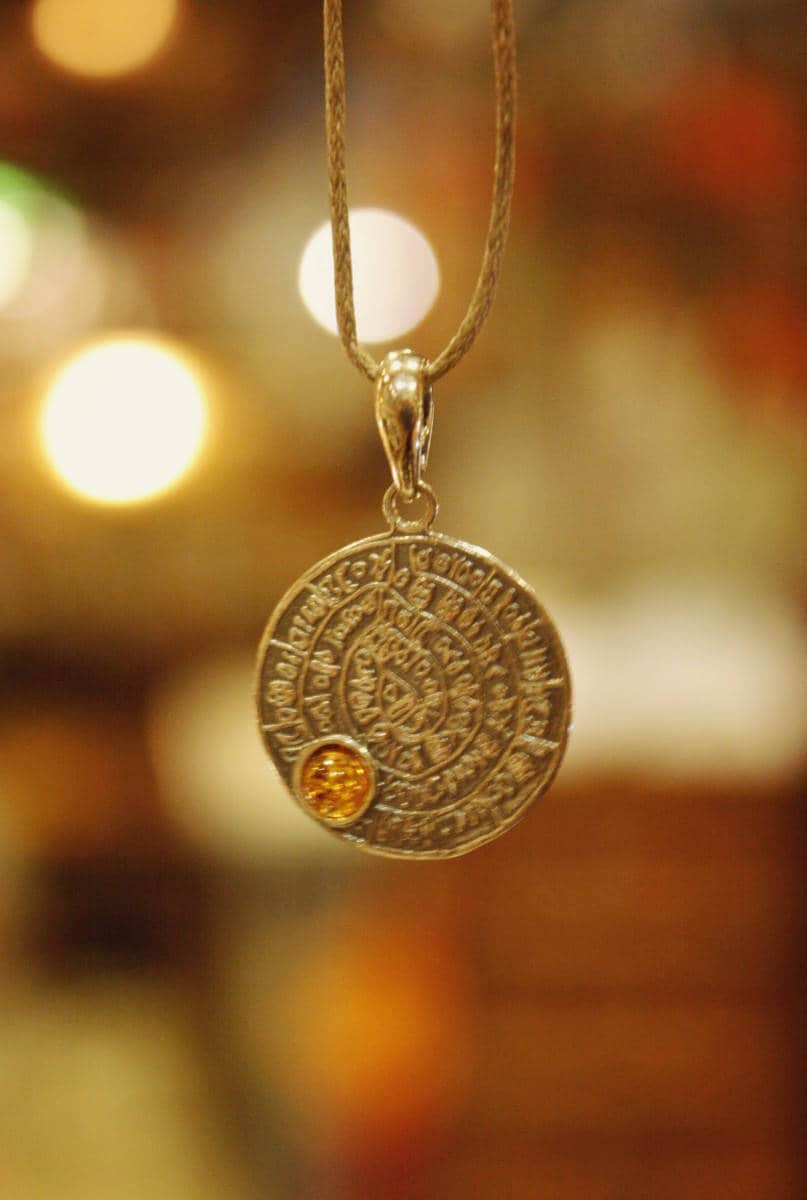 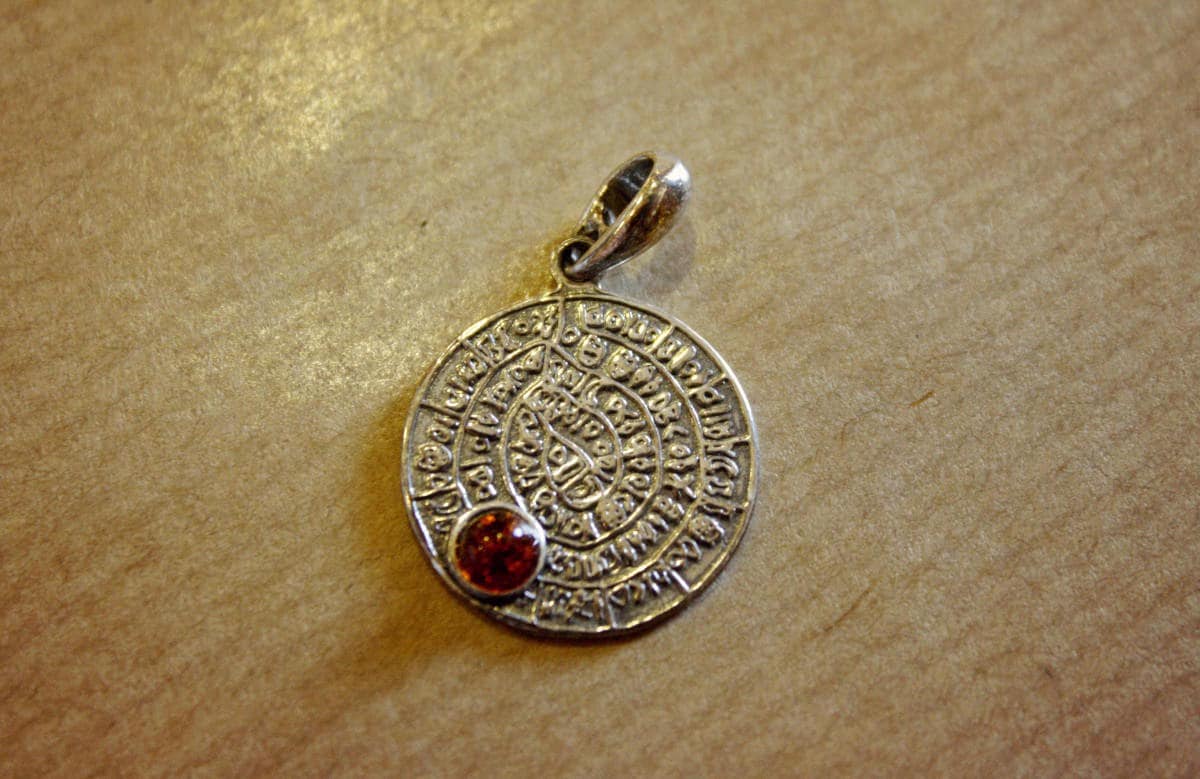 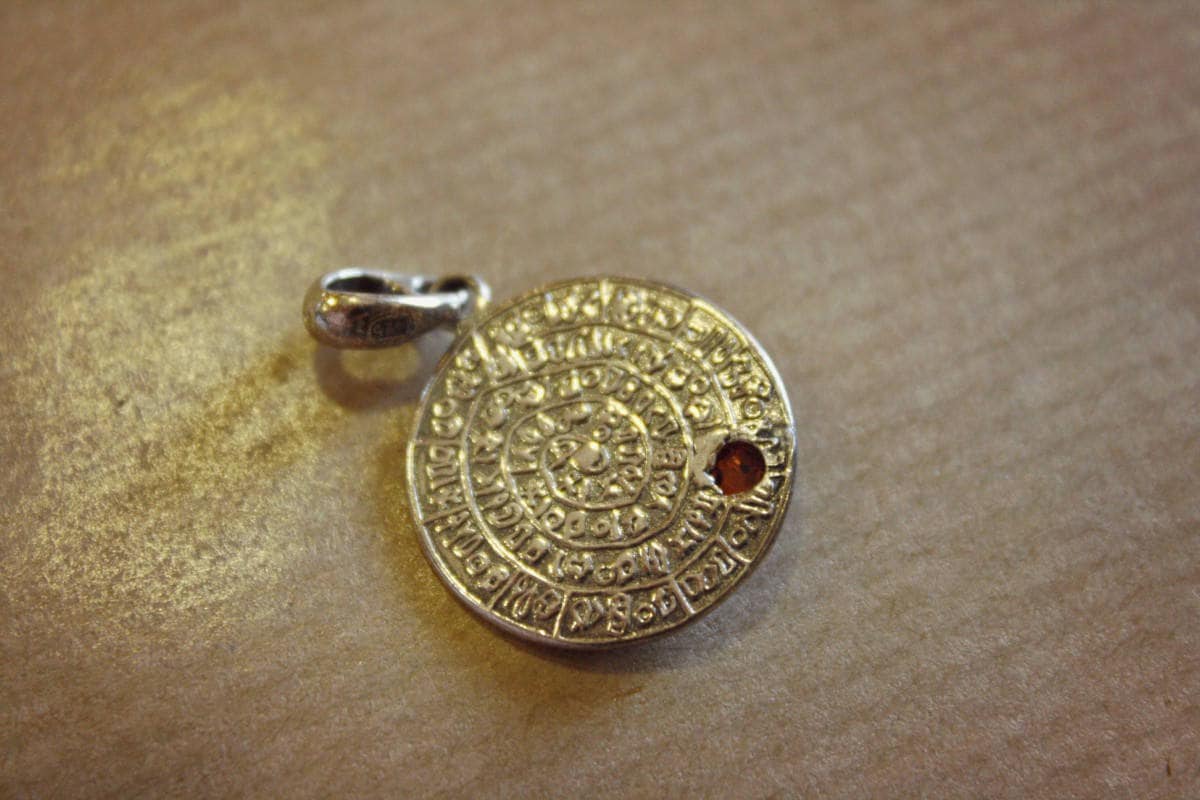 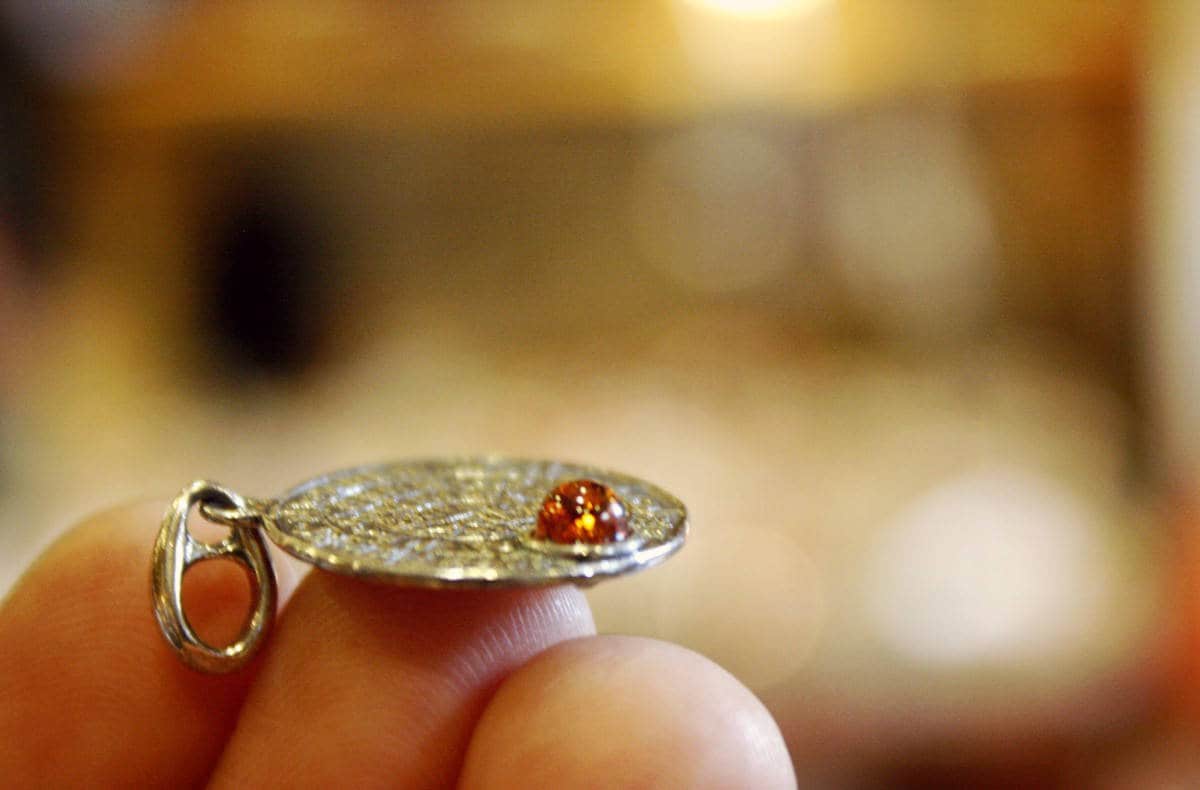 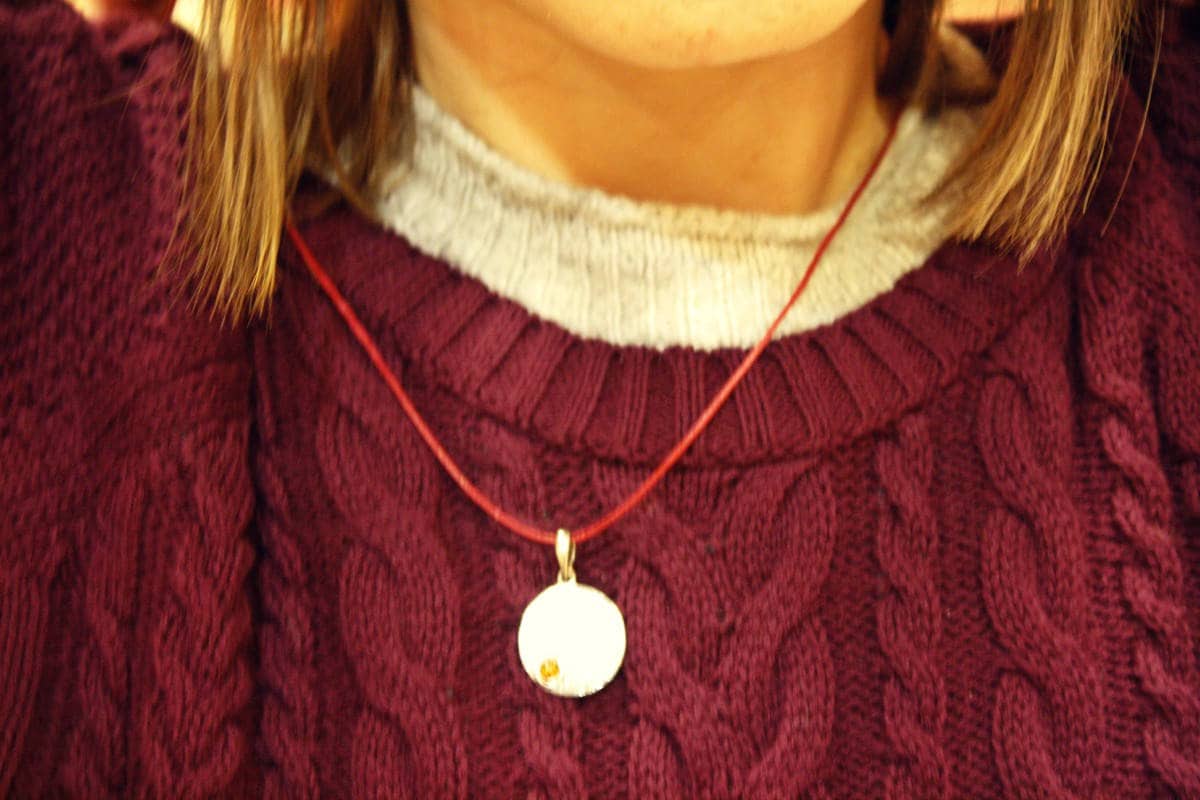 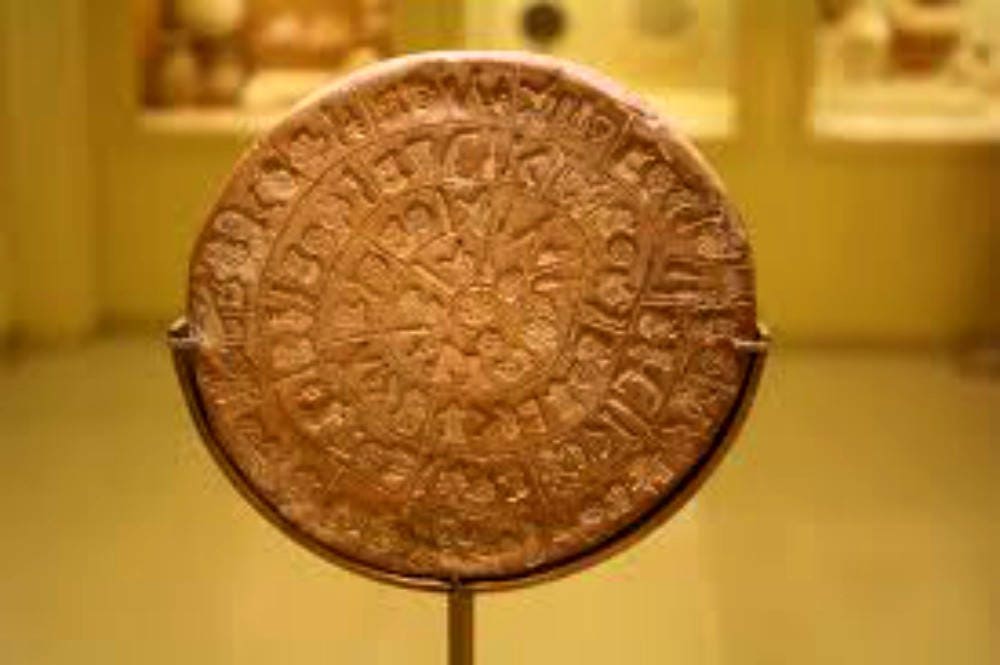 The Phaistos Disc is a disk of fired clay from the Minoan palace of Phaistos on the island of Crete, possibly dating to the middle or late Minoan Bronze Age. The disk is about 15 cm (5.9 in) in diameter and covered on both sides with a spiral of stamped symbols. Its purpose and meaning, and even its original geographical place of manufacture, remain disputed, making it one of the most famous mysteries of archaeology. This unique object is now on display at the archaeological museum of Heraklion.
The disc was discovered in 1908 by the Italian archaeologist Luigi Pernier in the Minoan palace-site of Phaistos, and features 241 tokens, comprising 45 distinct signs, which were apparently made by pressing hieroglyphic "seals" into a disc of soft clay, in a clockwise sequence spiraling toward the center of the disk.
The Phaistos Disc captured the imagination of amateur and professional archaeologists, and many attempts have been made to decipher the code behind the disc's signs. While it is not clear that it is a script, most attempted decipherments assume that it is; most additionally assume a syllabary, others an alphabet or logography.
This unique piece of jewelry art, is a silver detailed thumbnail with a natural amber stone on it.

While often considered a gemstone, the glowing, warm amber is not actually a stone, but a fossilized resin from ancient evergreen trees. The oldest amber discovered on Earth is about 320 million years old. Imagine the incredibly powerful energy this amber contains!
The young amber stones are less than 100,000 years old, the most valued pieces of amber are much older than that. It takes a long time for the tree resin to become true amber.