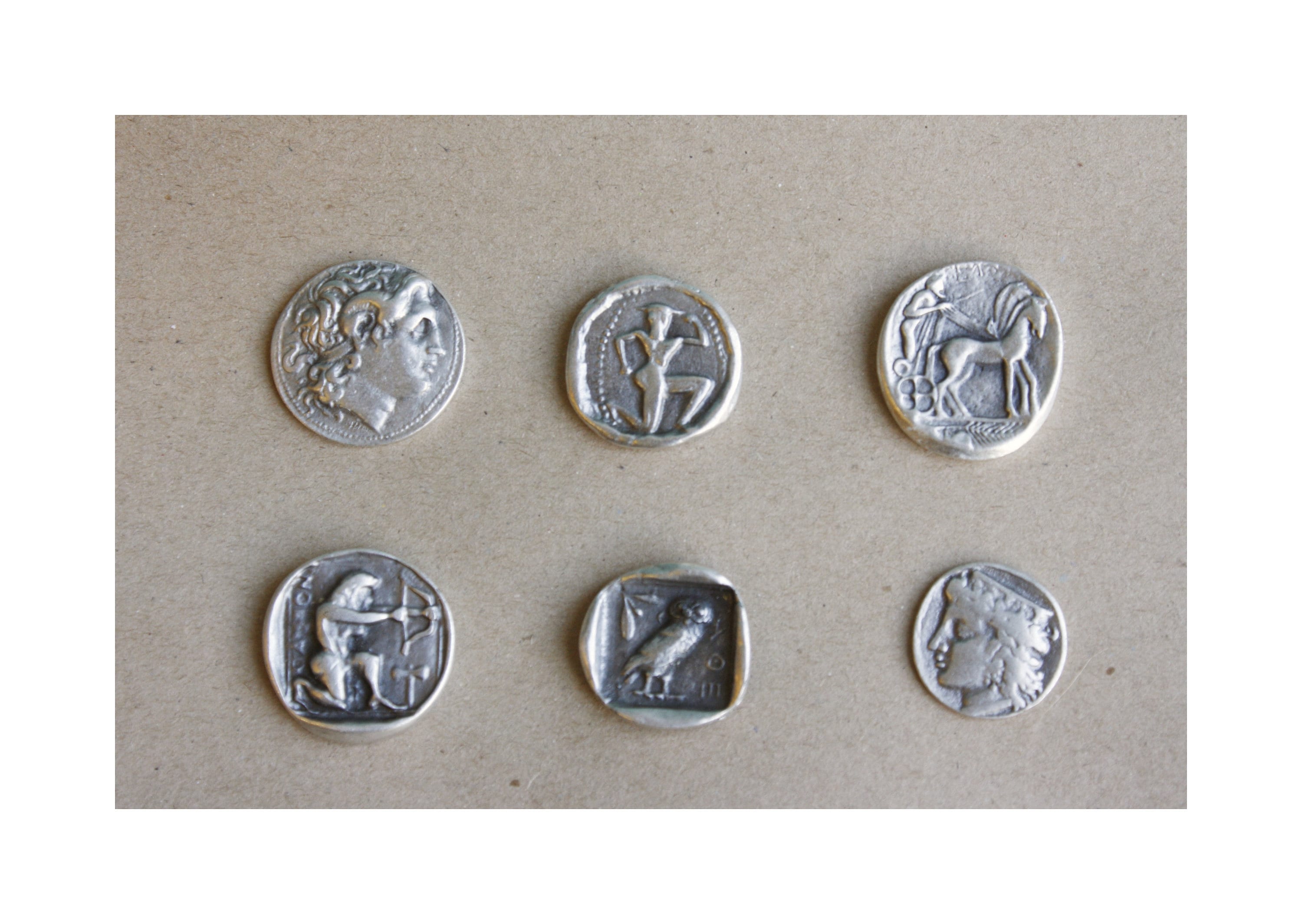 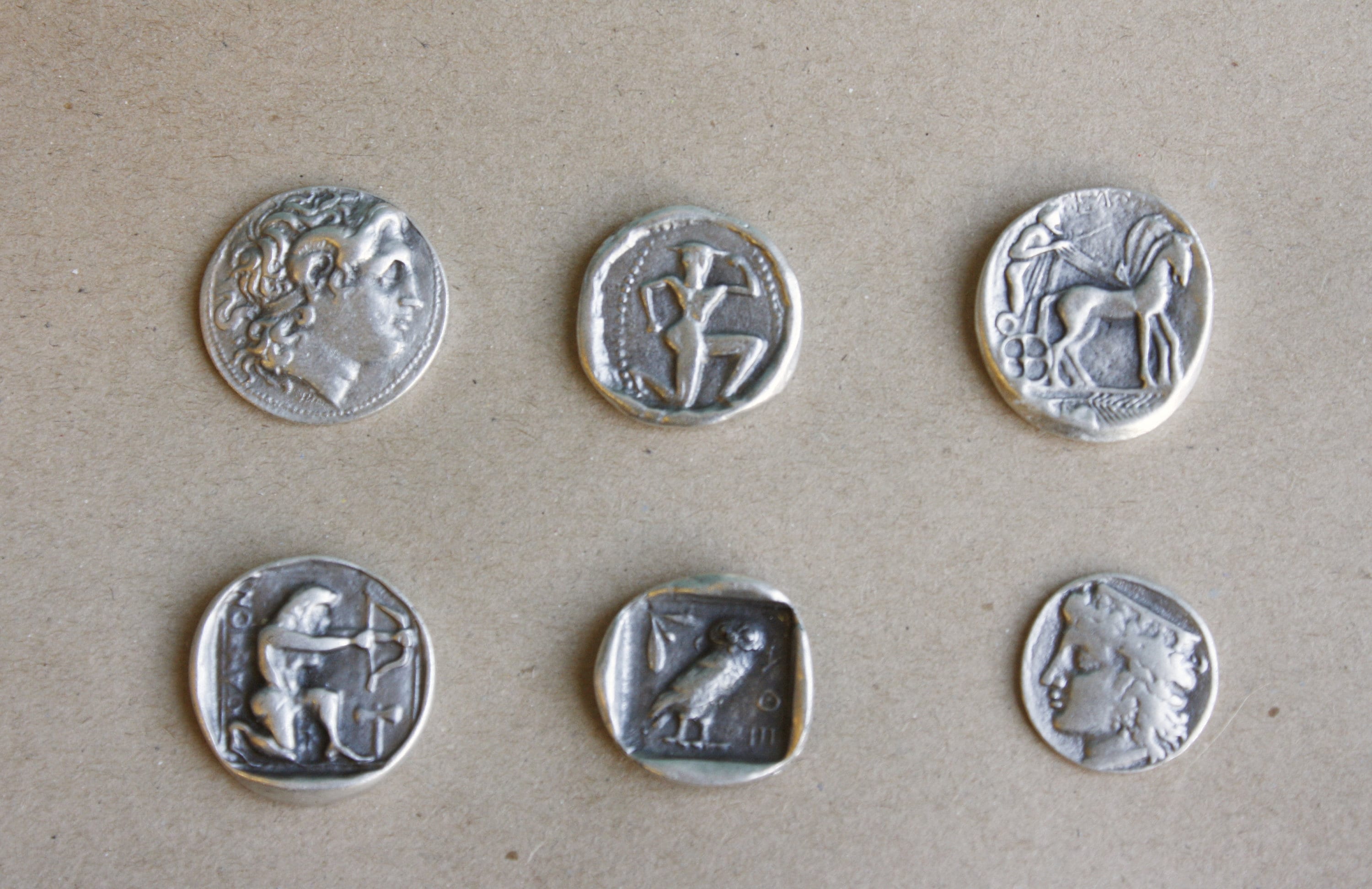 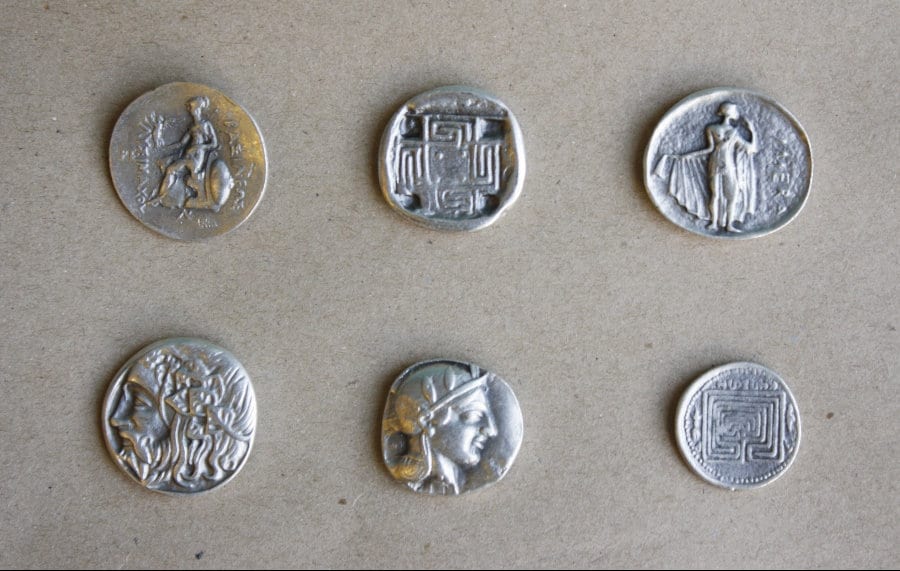 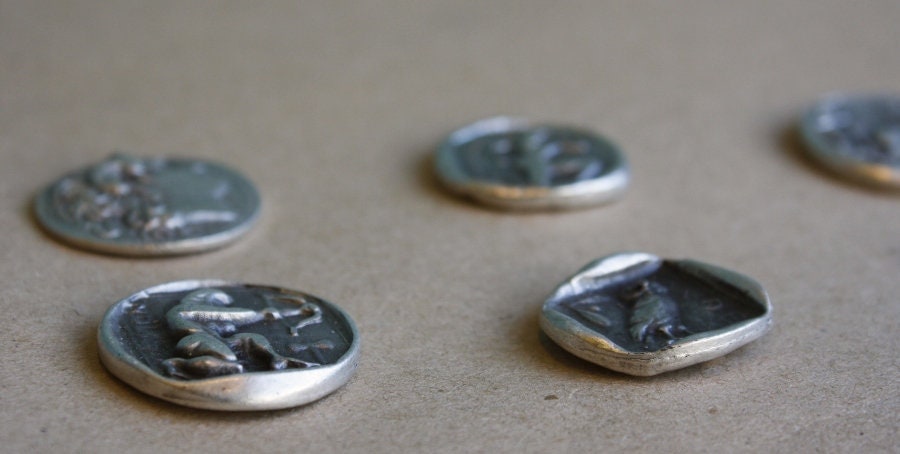 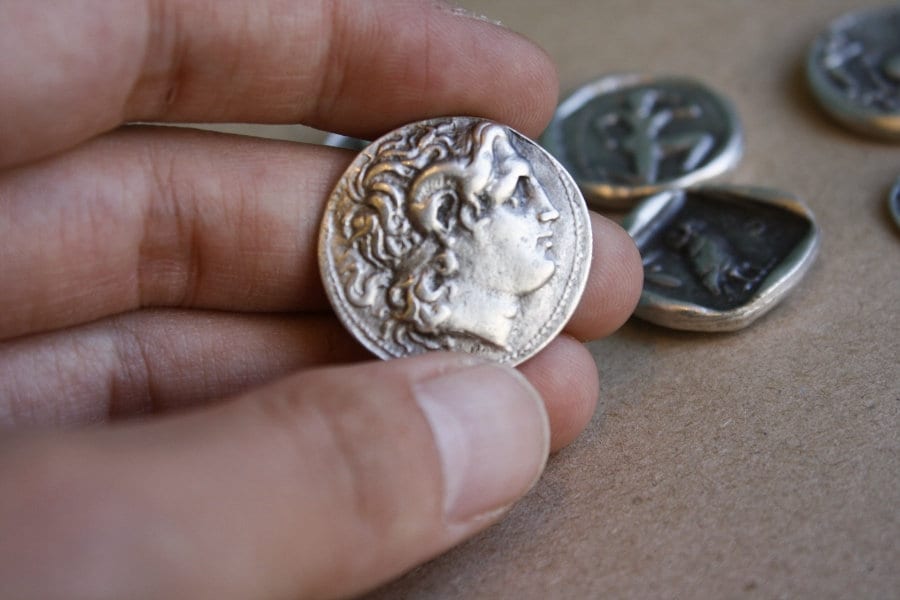 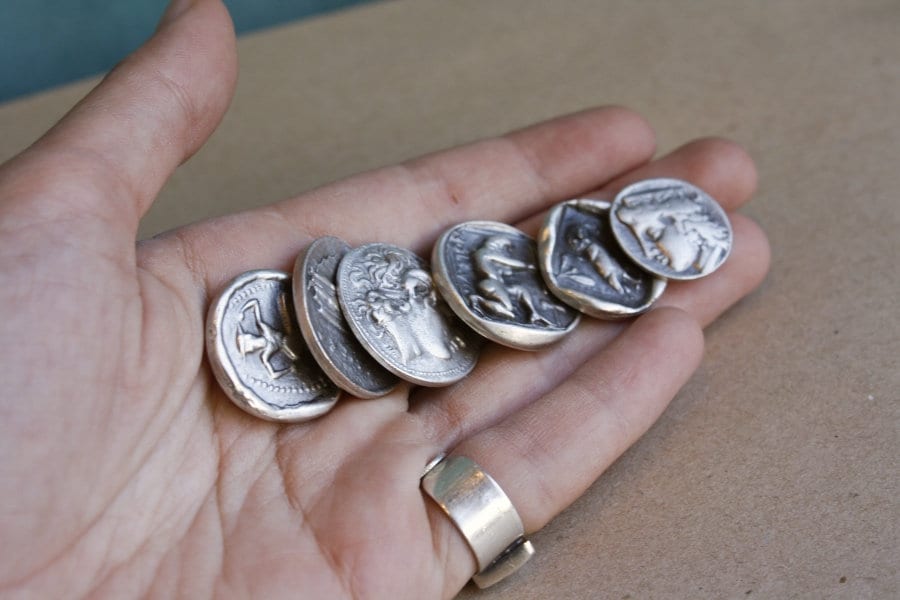 The history of ancient Greek coinage can be divided (along with most other Greek art forms) into four periods, the Archaic, the Classical, the Hellenistic and the Roman.
The Archaic period extends from the introduction of coinage to the Greek world during the 7th century BC until the Persian Wars in about 480 BC.

This unique set of 6 copies of Greek ancient coins, is the perfect gift for a coin collector or an archaeology lover!

This item shipped very soon after I purchased it, it arrived well ahead of when I thought it would, and it arrived not only in one piece, but in a nice little bag that I could use as the gift bag. The seller took the time to contact me to make sure I got the coins and that I was pleased with them. I would definietly shop from here again!

Everything about this purchase was great: the item is as described and Maria was quick to respond to all emails and shipped it fast. I enjoyed this purchase very much and was very happy with the dragon when it arrived. I will regularly visit this shop for sure!