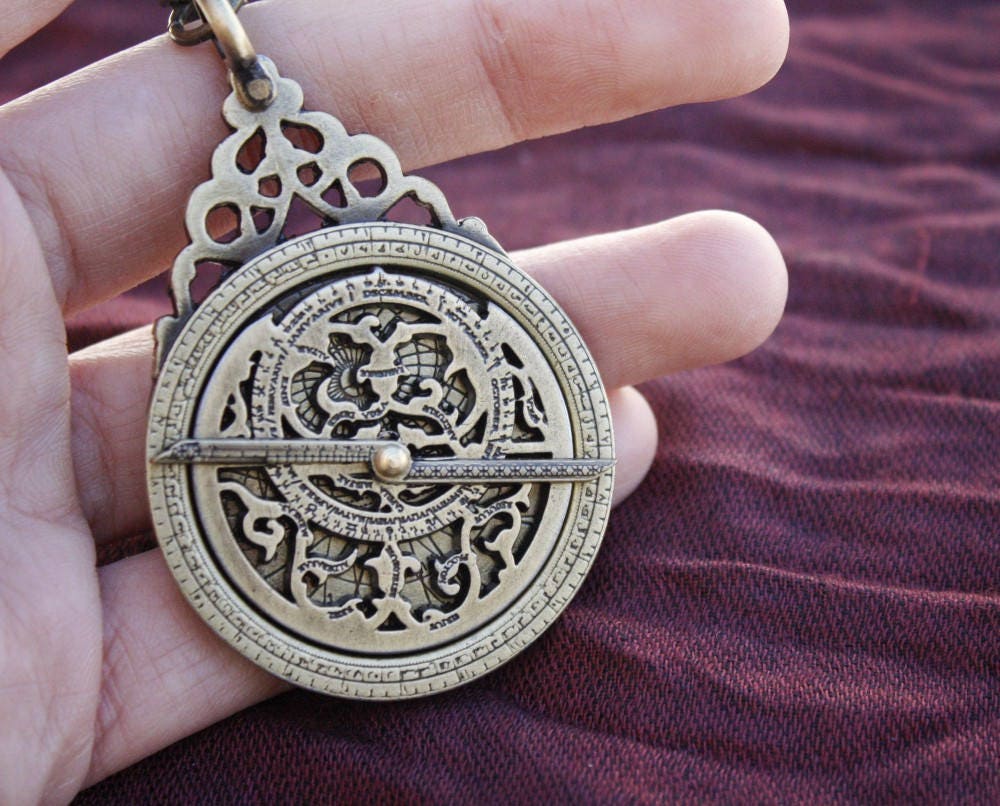 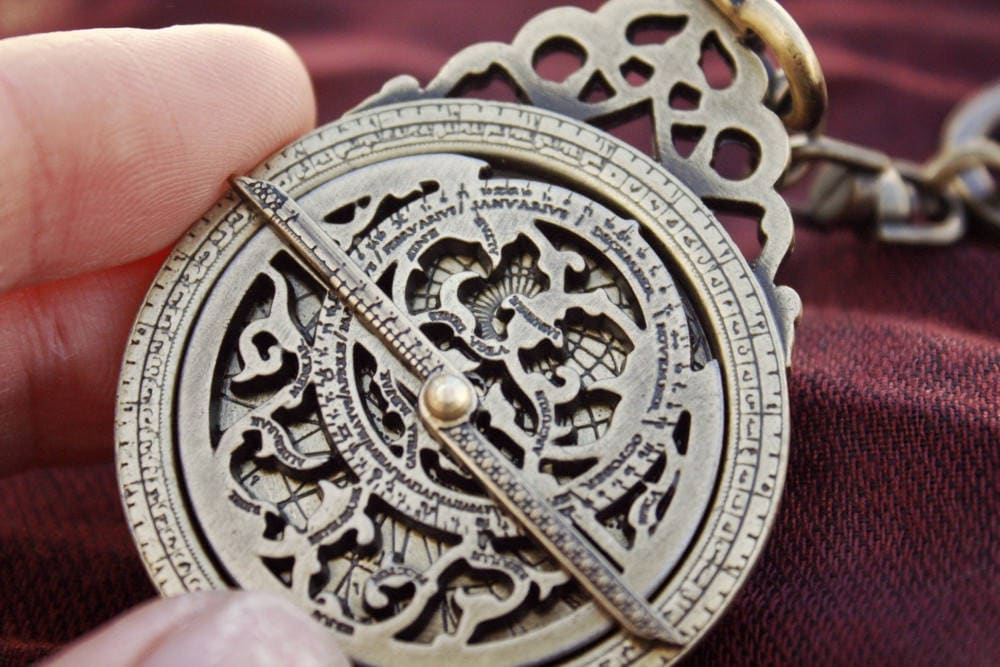 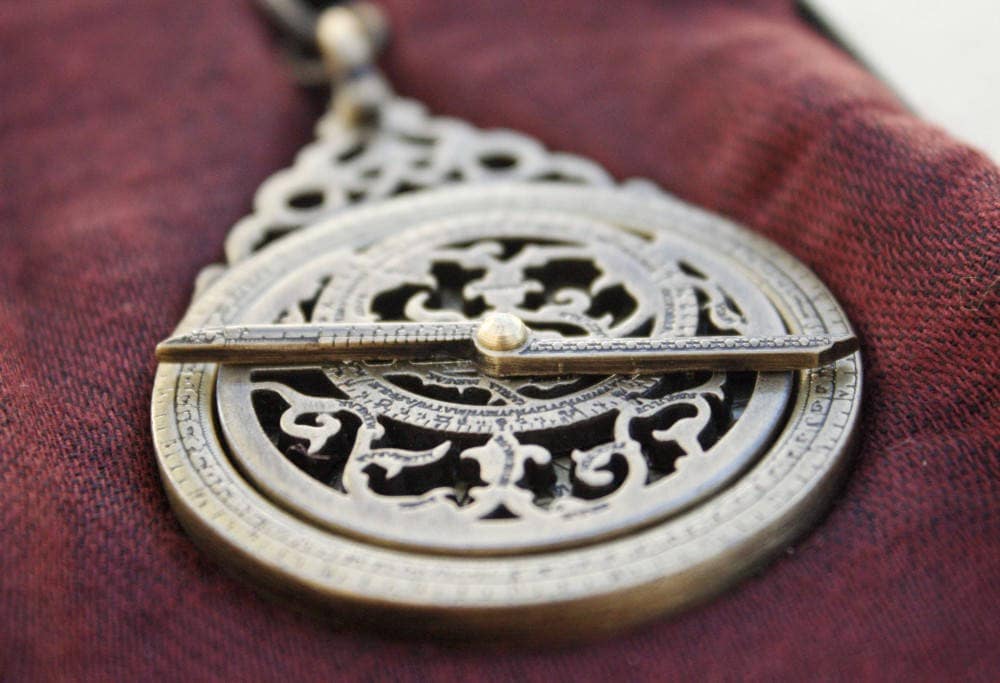 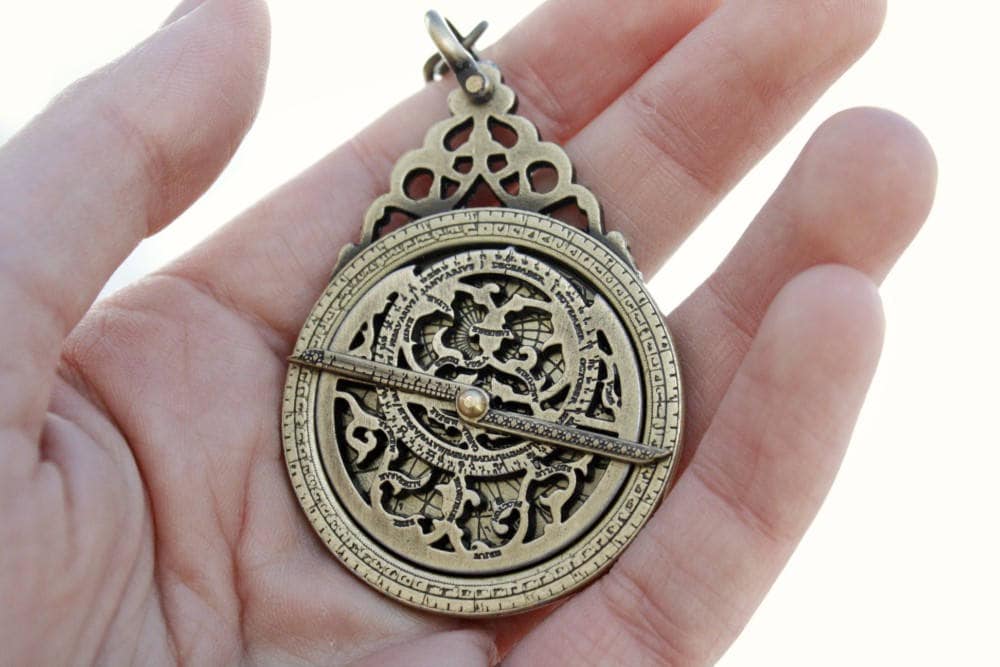 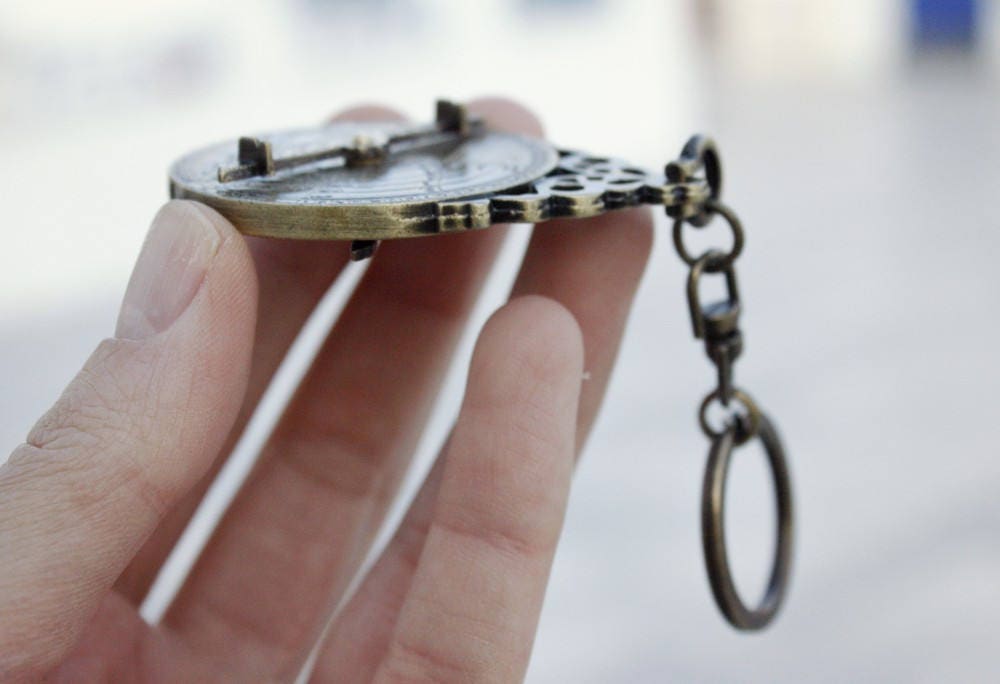 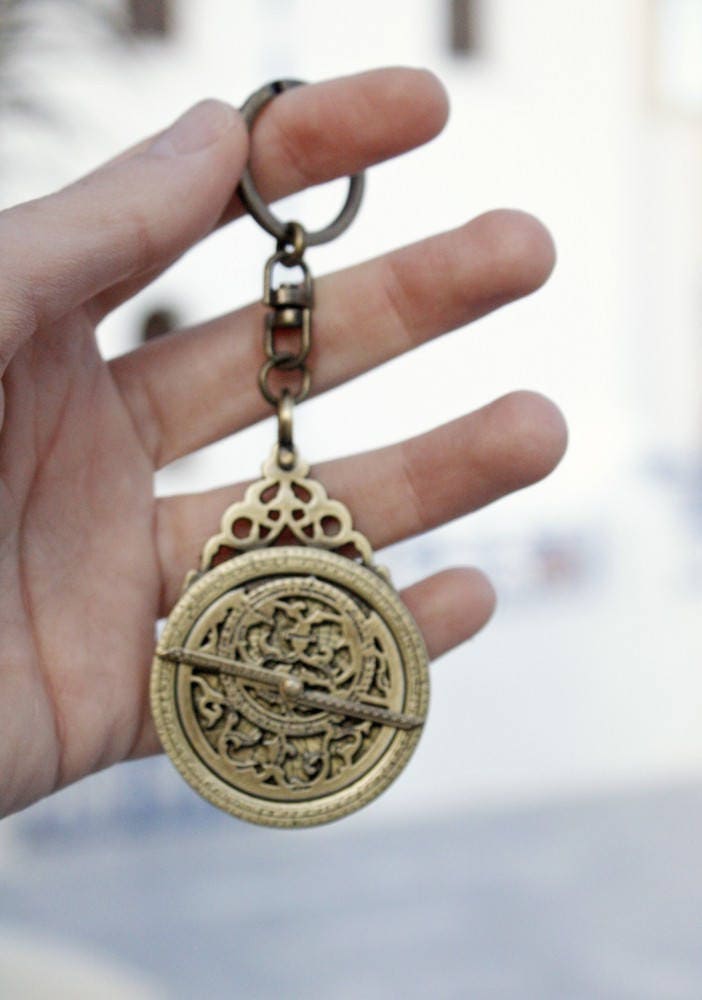 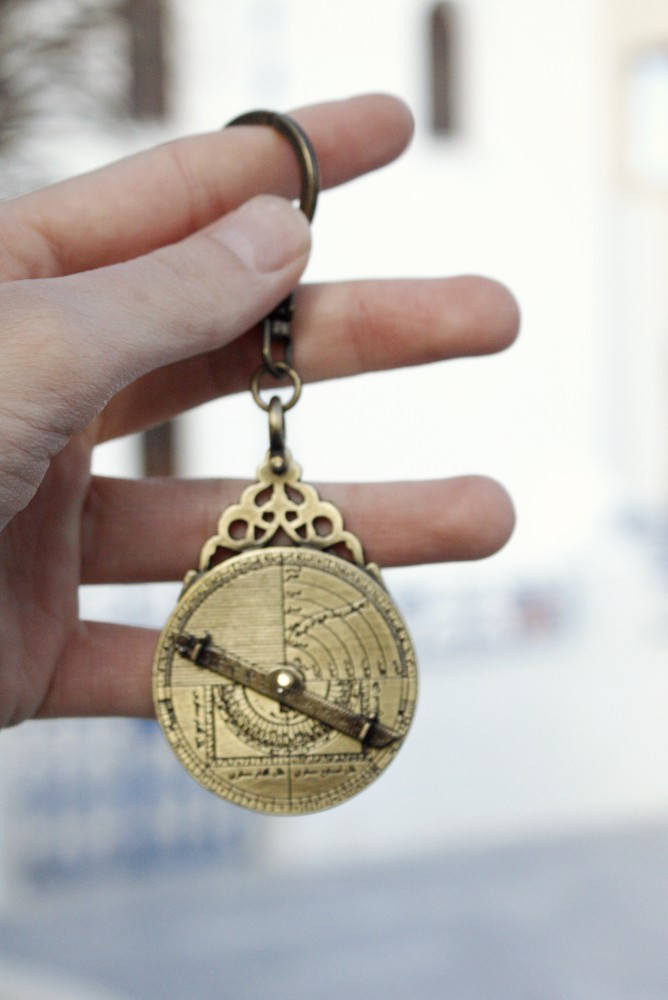 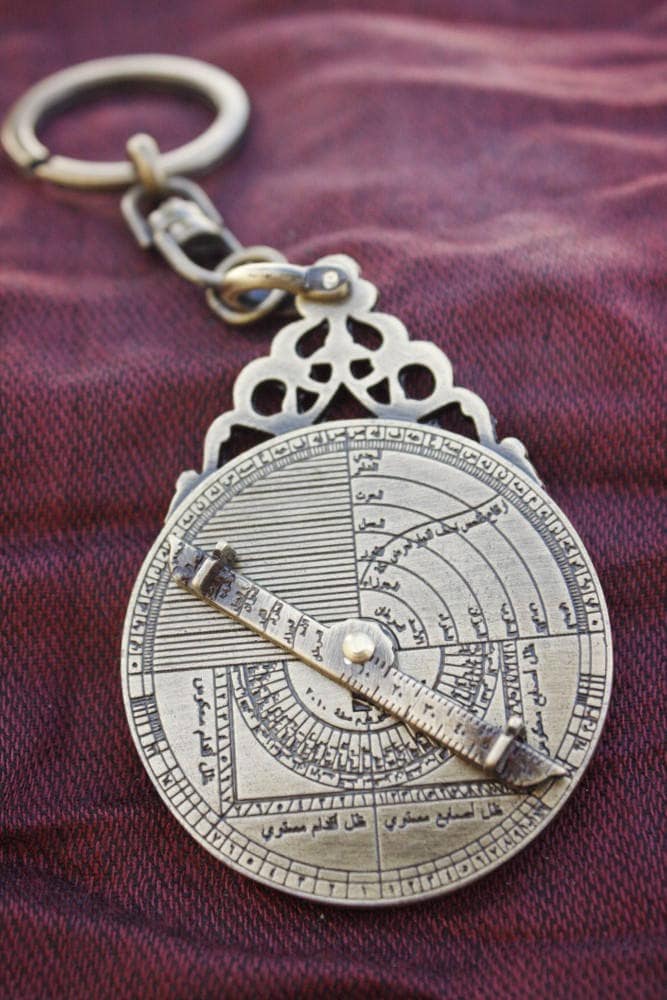 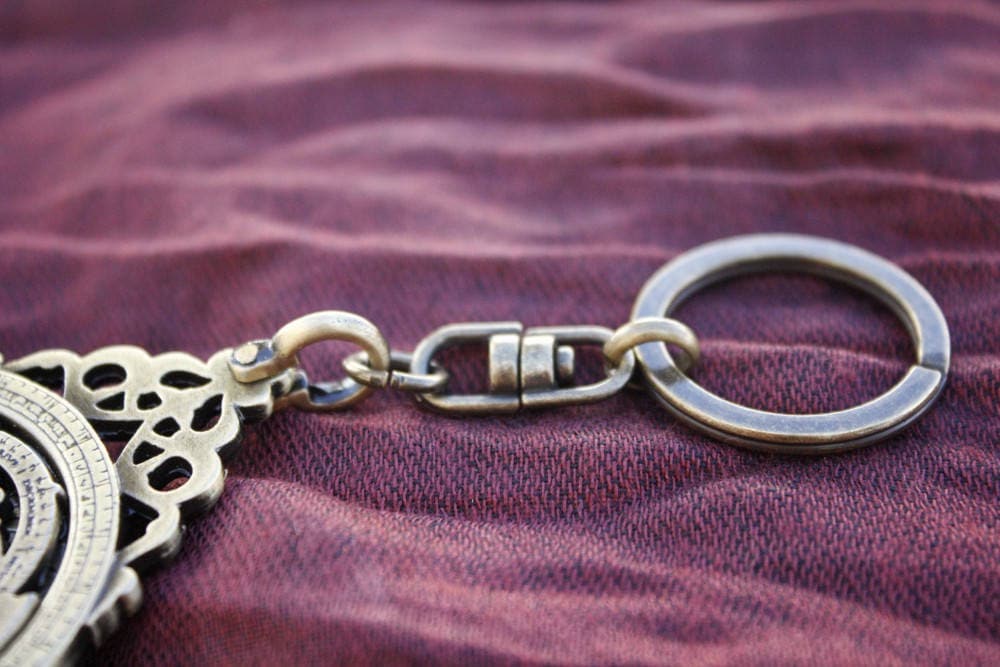 Islamic astronomy comprises the astronomical developments made in the Islamic world, particularly during the Islamic Golden Age (9th–13th centuries),and mostly written in the Arabic language. These developments mostly took place in the Middle East, Central Asia, Al-Andalus, and North Africa, and later in the Far East and India.
A significant number of stars in the sky, such as Aldebaran, Altair and Deneb, and astronomical terms such as alidade, azimuth, and nadir, are still referred to by their Arabic names. A large corpus of literature from Islamic astronomy remains today, numbering approximately 10,000 manuscripts scattered throughout the world, many of which have not been read or catalogued. Even so, a reasonably accurate picture of Islamic activity in the field of astronomy can be reconstructed.
This is an original replica of a 9th century Arabic astrolabe, a unique keychain for Astronomy lovers.

I am so happy with my purchase! Maria was fantastic about communication throughout, and when DHL had a shipping delay, she reached out to me to make sure I knew that she was available to help resolve it, even though it was definitely not her fault. She shipped quickly, and the way it was packaged was absolutely beautiful! She is a shinning example of what e-commerce sellers should be! Thank you again! I can't wait to gift this to my son.

LOVE THIS ITEM! It hangs on my leather journal and It get so many complements. Thank you!

Excellent! The shipping time was phenomenal considering how far it came from, and the astrolabe is in great condition, exactly like the photos.

I apologise for the all-caps in advance but THIS KEYCHAIN IS SO INCREDIBLY BEAUTIFUL!!!! I finally had the time to collect it from my local post office and nothing could have prepared for how beautiful it is in real life. It’s incredibly well made and the quality is top notch. I had a problem with shipping and had to change my address after the package had already dispatched, and the shop owner could not have been more helpful and sweet! I’m so lucky to have found this shop!