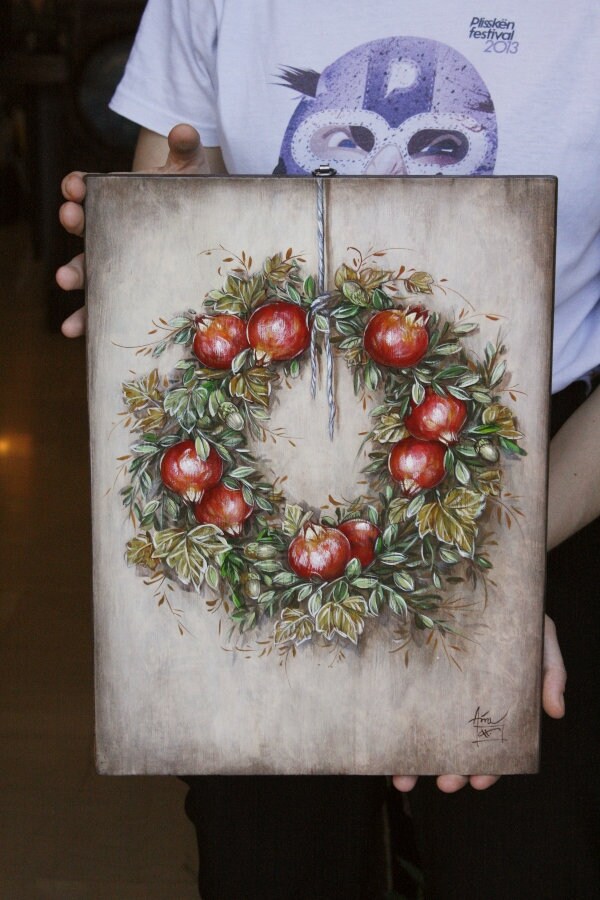 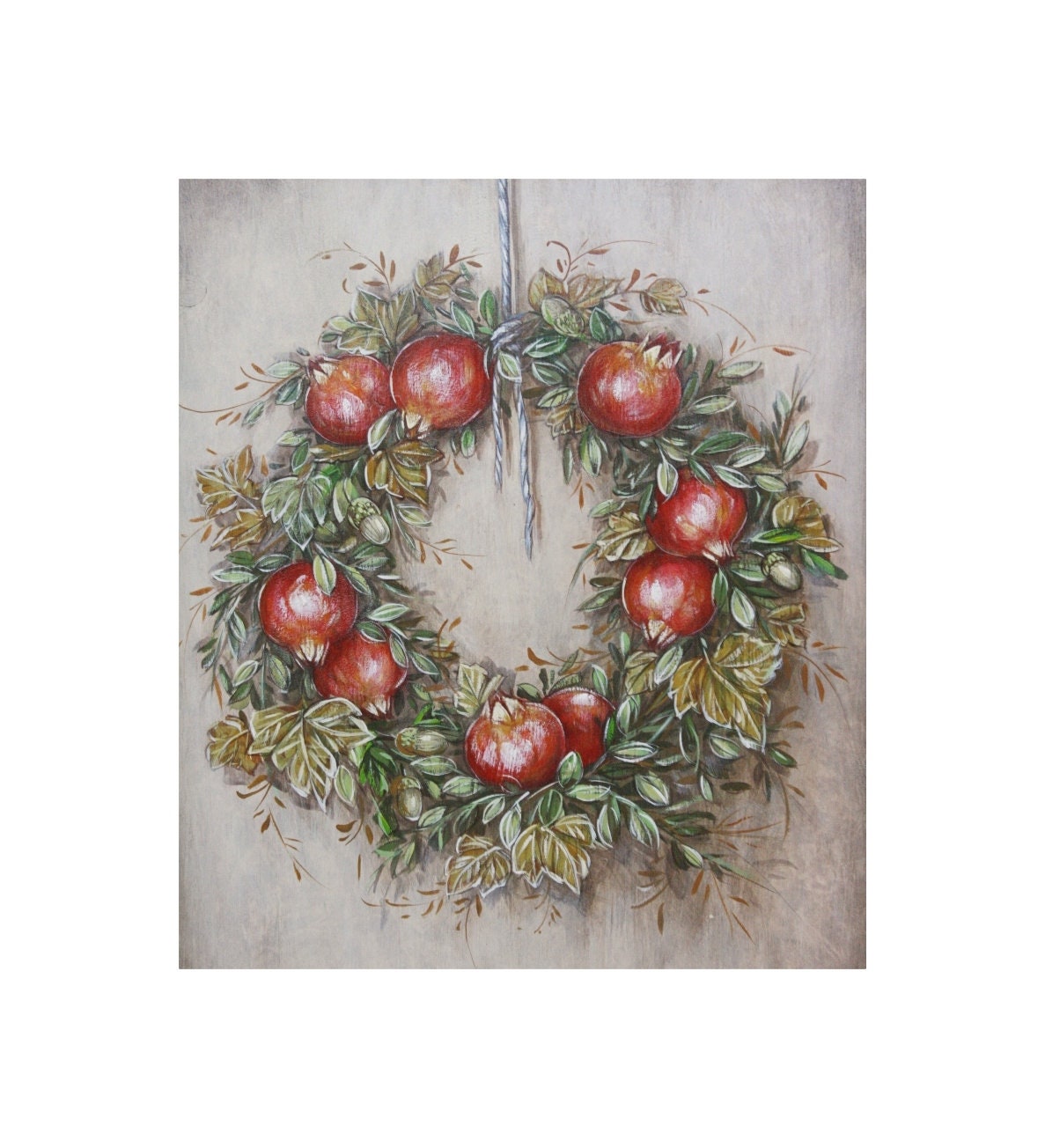 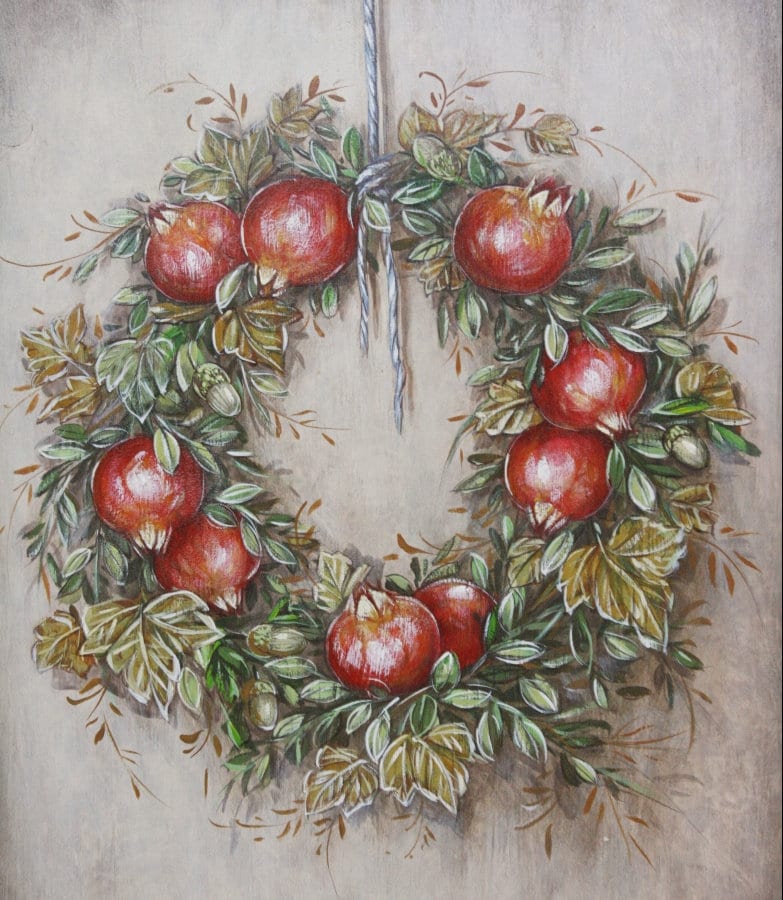 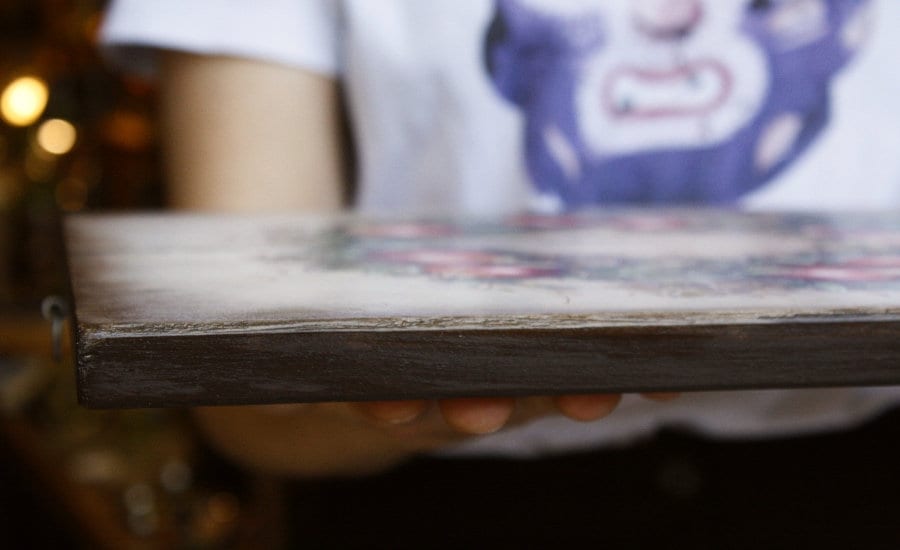 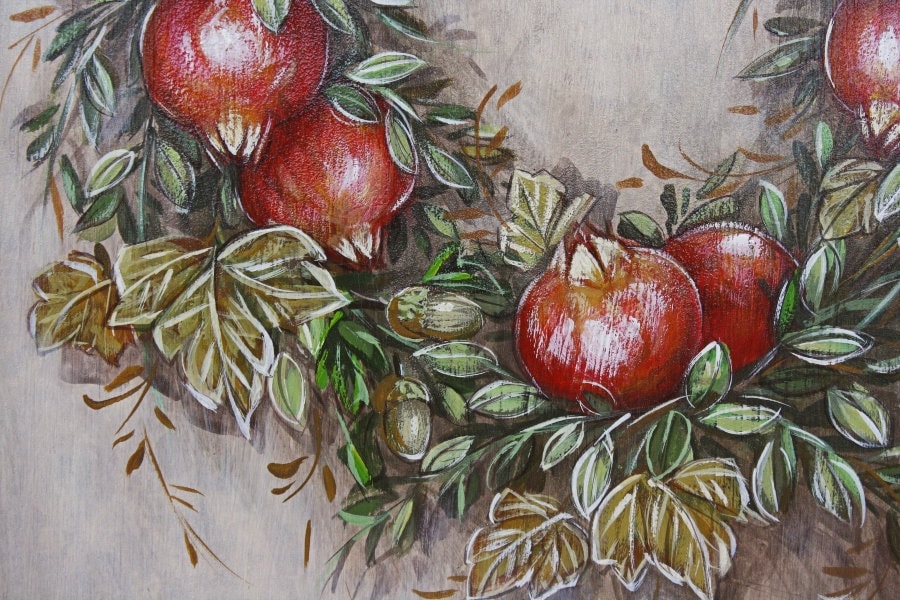 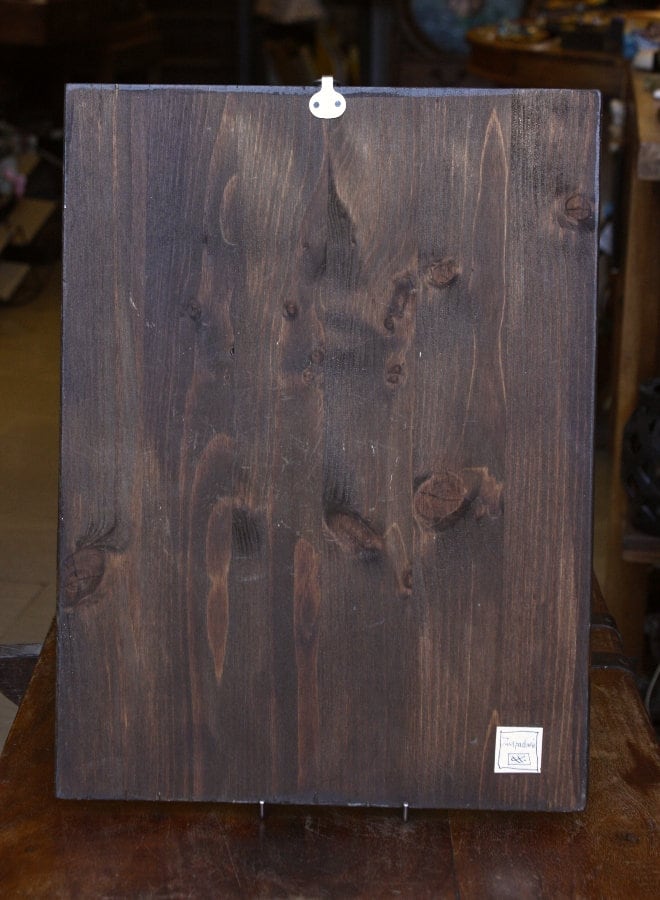 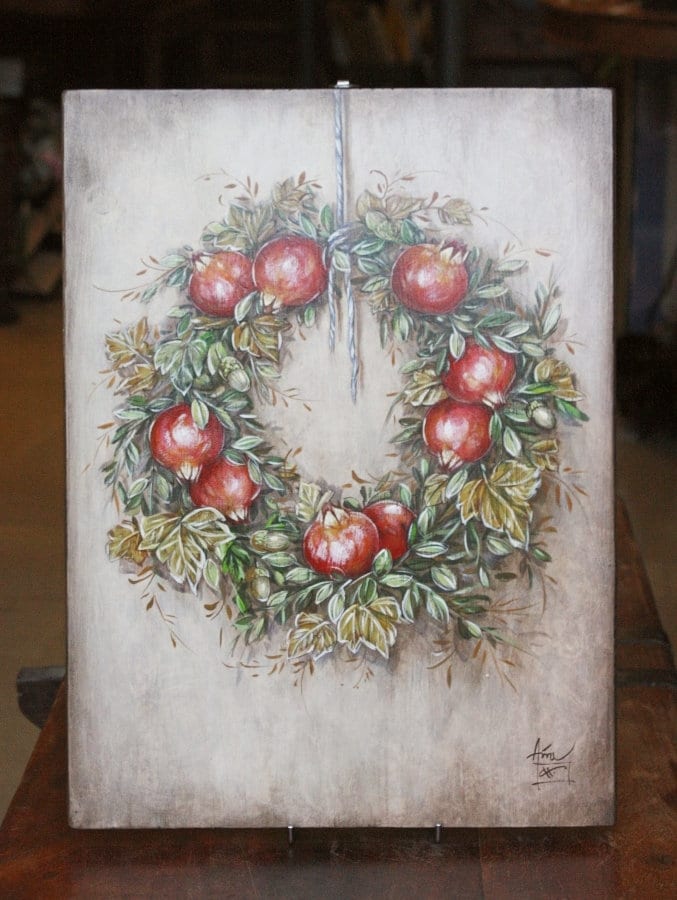 In modern and contemporary Greek art, the pomegranate has been a source of inspiration to various painters such as G. Iakovidis, N. Gyzis, N Lytras, G. Bouzianis, Y. Kottis and to writers such as G. Seferis, O. Elytis, N. Eggonopoulos and more.