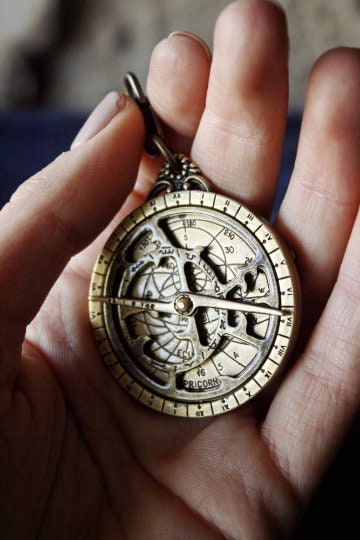 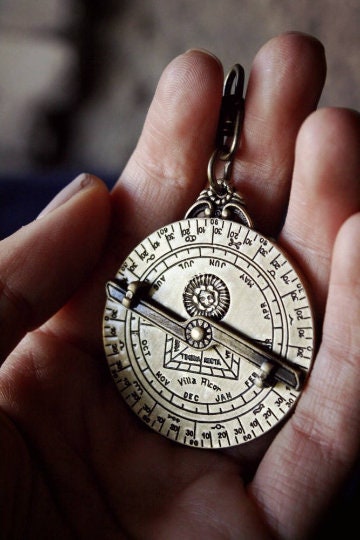 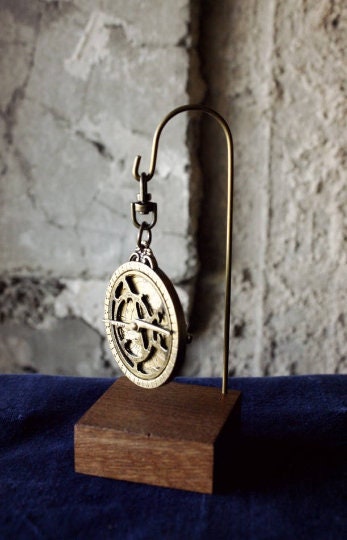 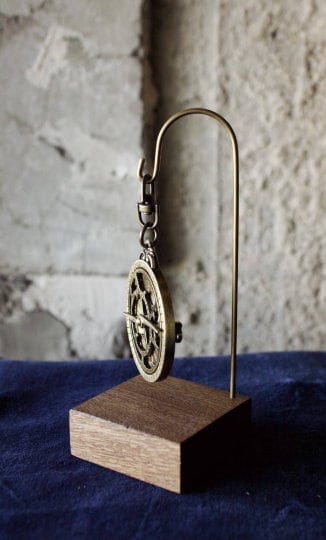 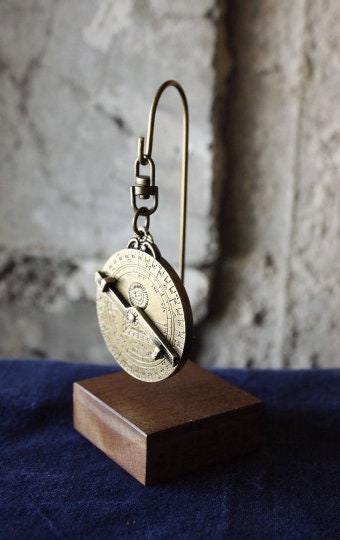 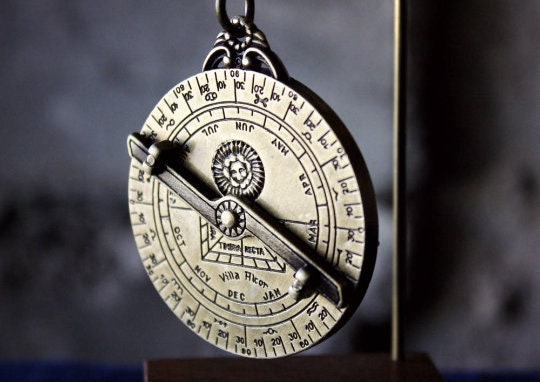 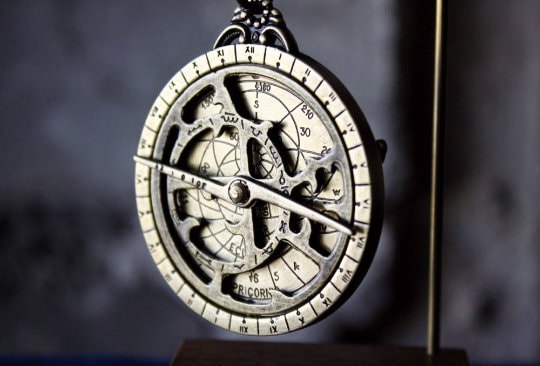 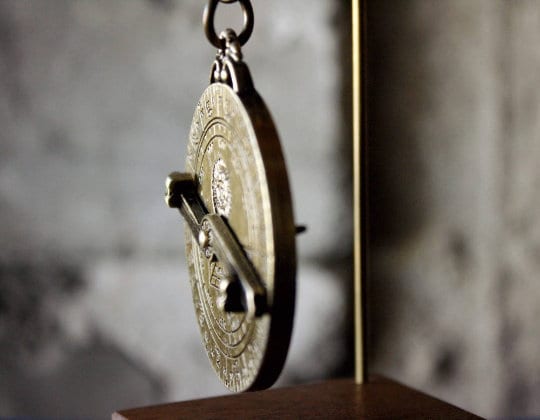 The Astrolabe has been considered to be the mathematic jewel of the Middle Ages, a very appropriate judgment as towards the end of the 17th century it was the most widely used portable instrument in the whole history of the Astronomy.
From a didactic point of view, this is still the case, because it allows us to understand in a clear and simple way, celestial mechanics and the apparent movement of the stars.
Historically it is fairly certain that its origin was in Alexandria in the 9th century. The Arabs and Persians, who introduced it into Spain and so into Western Europe at the beginning of the 10th century, brought it to perfection.
It consists of a brass-deflated called the Matter, which houses the Tympanum (plaques engraved with the coordinates of the celestial sphere, the almucantars) and the Spider Or Rete (with stars positions). Outwardly it has a limbo graduated called Crown in which hours are engraved.
The Rete is a stellar map on which are points representing the brightest stars in the sky. It revolves around the matter, representing the apparent movement of the stars over the observation point.

Came so fast! Delighted with it.

Fantastic, quick, efficient service. Bought for a gift and it has arrived so fast and is beautifully wrapped. Highly recommend.

Maria was clear and communicative regarding some address issues which was wonderful. I paid a little extra for gift wrapping and recieved the pictured delight! It was also in a bubble envelope and completely protected. I'm very excited to gift this to my boyfriend in a couple weeks!

There isn't enough I can say about this. Well made. Feels fantastic in the hand. Will use this seller for sure again!