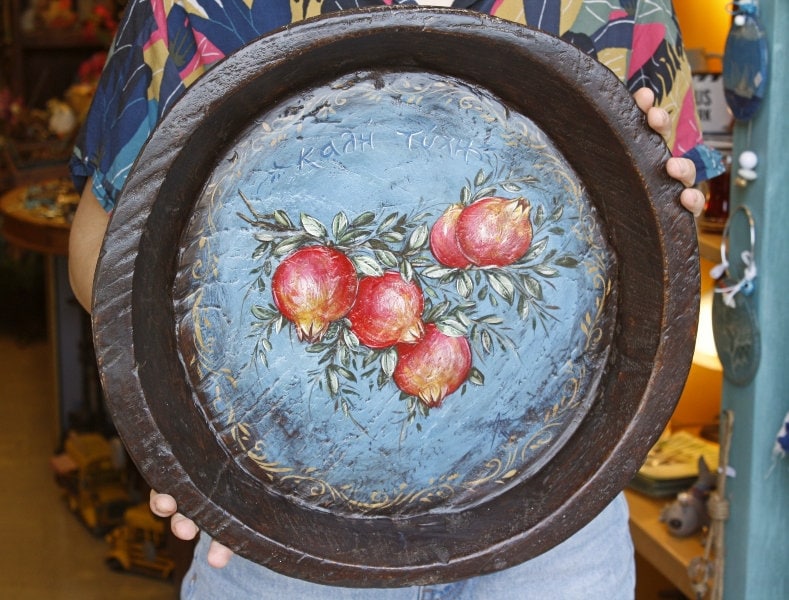 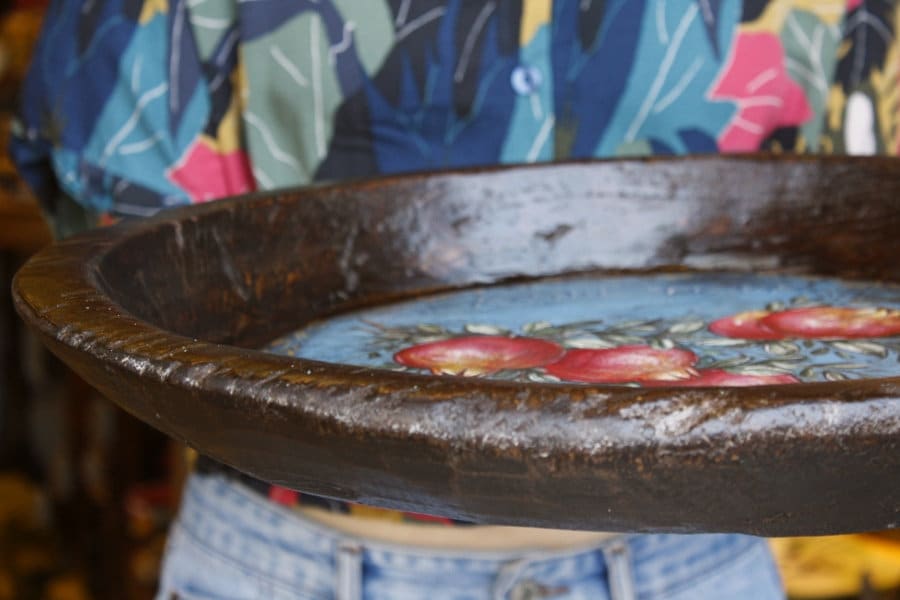 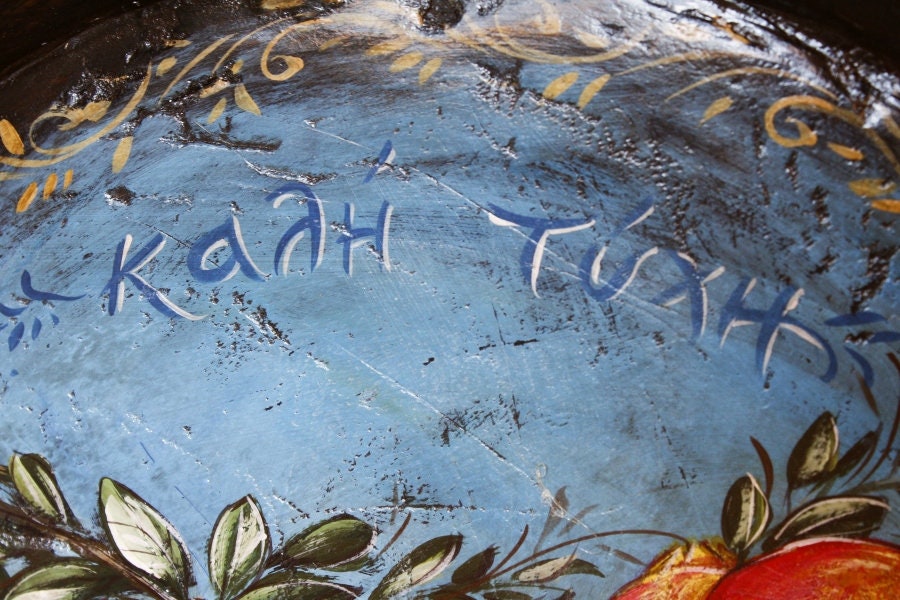 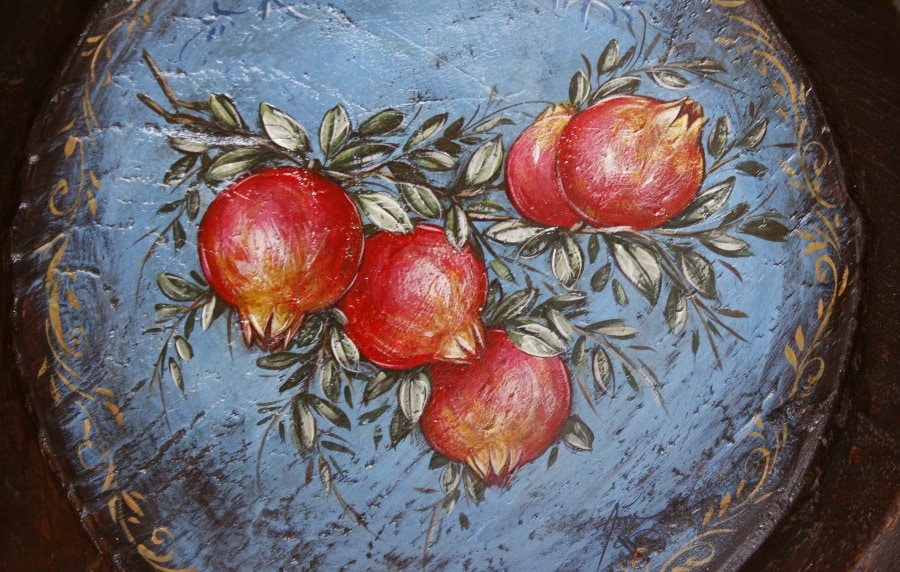 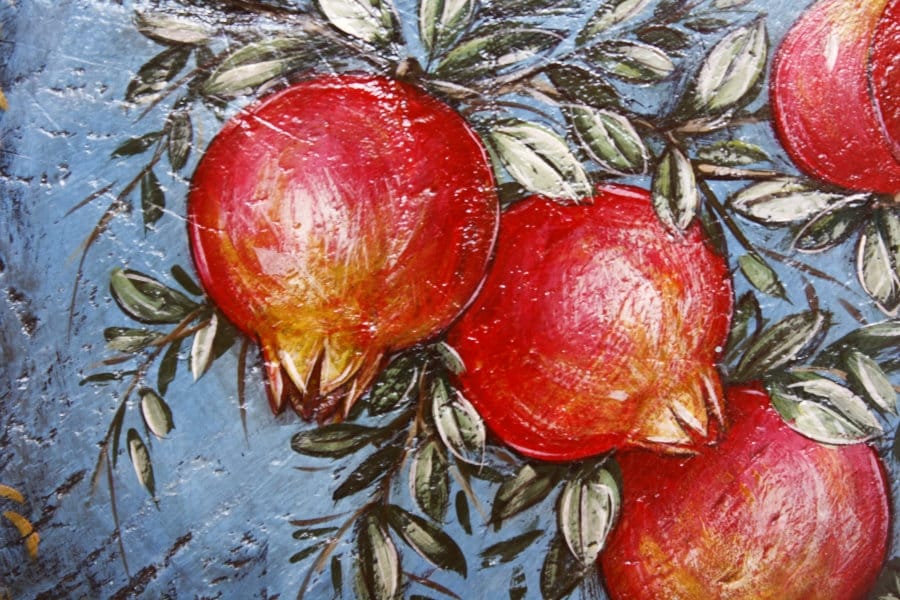 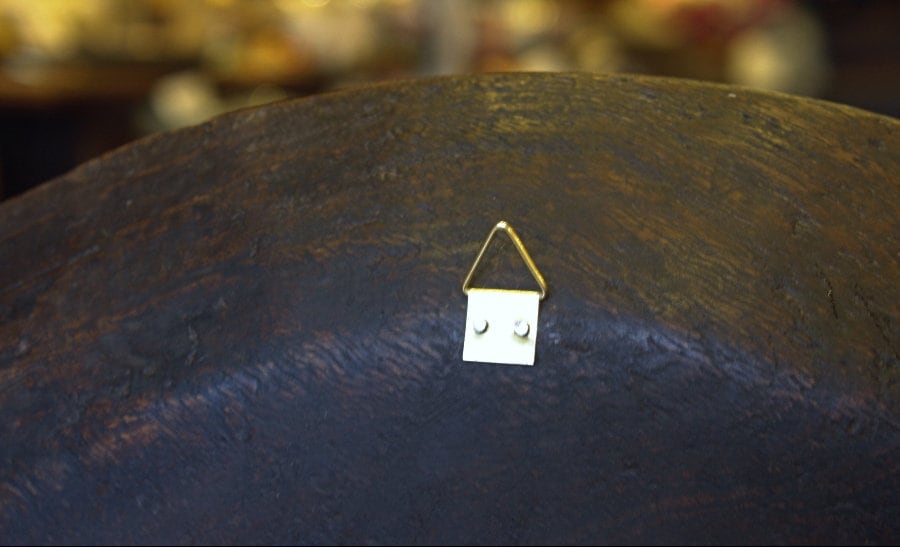 In excellent condition very beautiful hand carved and hand painted wall hanging wooden porringer.
The translation of the Greek phrase that is written on the trencher means, good luck!